It’s New Years Eve, so let’s look at some whiskey ratings. Rather than working on what I need to do for teaching next week, I decided to download some data related to whiskey ratings from Whisky Analysis. This was partially inspired by a reserve barrel bottle of Whistle Pig that I picked up last weekend. It’s the best damn rye whiskey I’ve ever tasted. No question.

First, let’s look at how many whiskey’s were rated per country. Here you go. Obviously, Scotland dominates the DB, followed by the US, Canada, etc.

Who cares about how many whiskeys a country has – how about the quality? Here is the breakdown of the rating distribution for the eight countries with the most whiskeys being rated here. 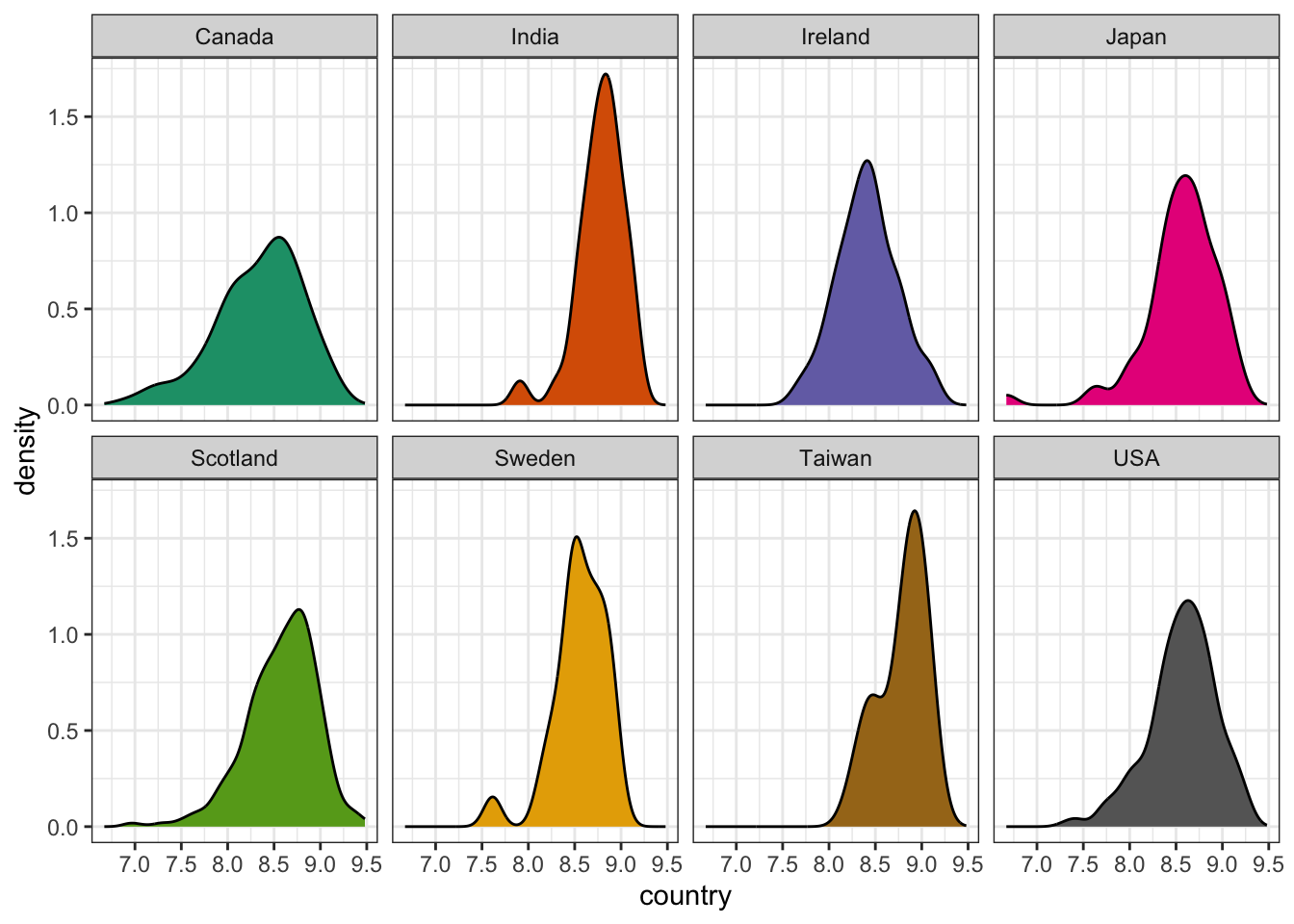 It looks like I need to find some whiskey, or rather whisky, from India and Taiwan.

I’ll try to actually do something with these data in the future. In the meantime, check out the data for yourself at this Github repository.